Last weekend we went on our first ever family bikepacking trip, up the Dosewallips River on the Olympic Peninsula. I’d previewed the trail the week before and knew it would be perfect for our trip.

In bikepacking there is something called an S24O, which stands for sub-24 hour overnight. (In other words… an overnighter :D) The idea behind an S24O is that it’s a short and sweet route that can be completed in less than 24 hours door-to-door. A microadventure, if you will – and  the perfect length for our first family foray into bikepacking.

The always-scenic ferry ride from Edmonds to the Olympic Peninsula

Our goal was Elkhorn Campground, an established campsite just under 3 miles from the trailhead. The trail is actually an old, abandoned gravel road that is now closed to cars, so it was relatively non-technical. This was great for Rowan, who had only ridden off-pavement once before, and who was riding a purple banana-seat bike we bought from a local thrift store. The trail is mostly double-track, with a few short sections of single-track to add interest, including one section of the road that is completely washed out and requires navigating a rocky re-route. We hike-a-biked this section, and agreed that this made the trip feel more like a “real adventure.” Since the bootpath through the re-route was unstable, narrow and right by the river, we shuttled Rowan’s bike for her as we didn’t feel comfortable with her trying to wrangle the bike herself.

Looking down on the washout from above.

The ride to Elkhorn is an almost imperceptible incline as you head into the Olympic Mountains. The clear blue water of the Dosewallips River is often in view, crashing against giant boulders as it tumbles down out of Olympic National Park. With the re-route, shuttling the bikes, and stopping very frequently for snacks and water, it took us about 1.5 hrs to get to Elkhorn. This was the perfect duration for our little family: we left our house mid-day, took the ferry from Edmonds to the Olympic Peninsula, and ultimately arrived at the campsite around dinner time. 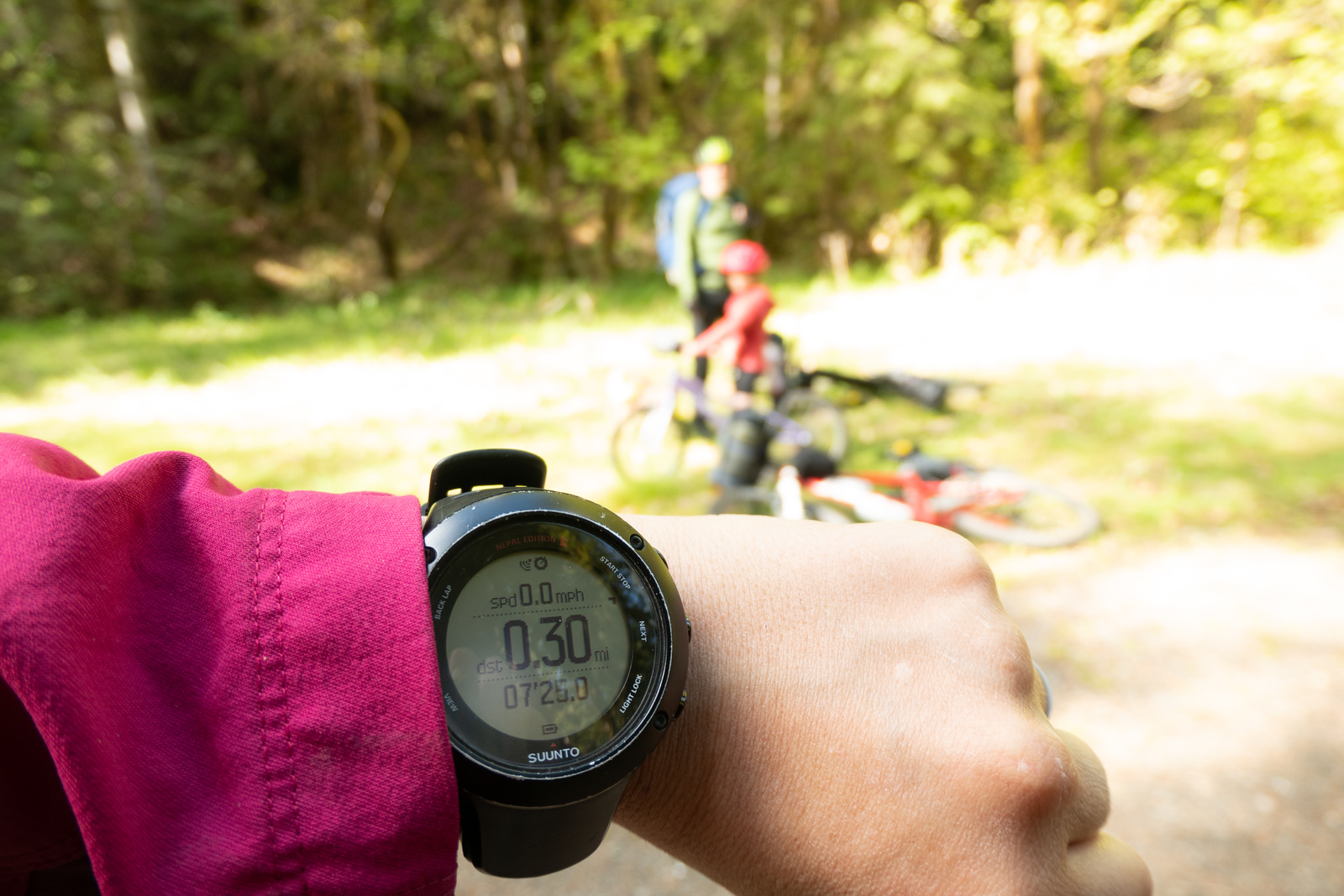 First snack break at 0.3 miles! All part of the process. 🙂

Because Elkhorn used to be a car campground, it is quite luxurious by backcountry standards. Picnic tables, metal fire pits, and plenty of flat tent sites! We’d intentionally planned our trip for a Sunday/Monday to avoid crowds, and we were indeed the only people at the campground that night. However, Elkhorn is huge, with at least a dozen separate campsites, so my guess is that even on a weekend you could always find somewhere to pitch a tent.

Rowan’s favorite camp chore was collecting water from the river. 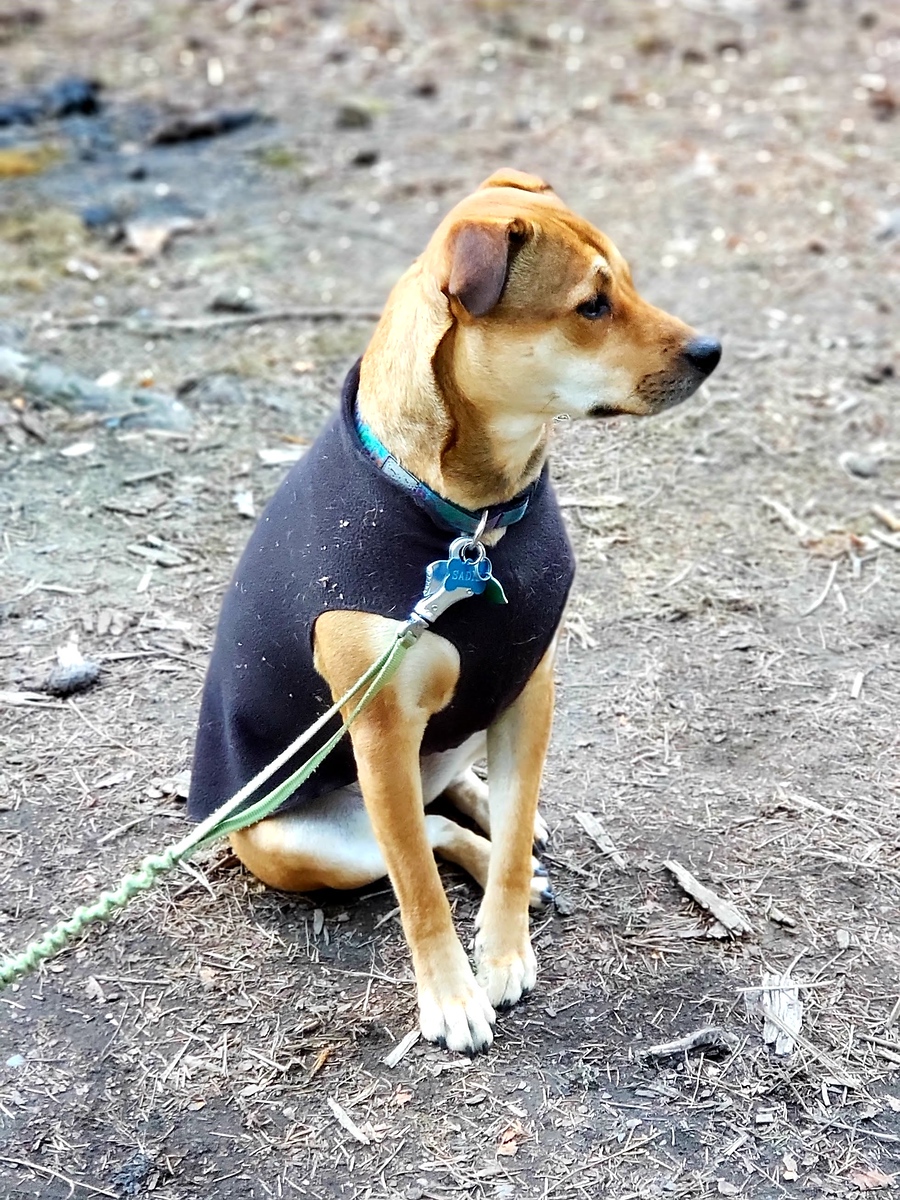 Good dog, Sadie. (Maggie stayed home and got spoiled by her Grandma.)

After a dinner of pasta, we made a fire and roasted marshmallows. We talked to Rowan about keeping a clean camp for bear-safety, and stashed all of our food in an Ursack for the night. Sleep was initially a bit hard to come by, as Rowan was understandably a little scared of bears despite our reassurances. But eventually we all fell asleep. We woke up with the sun around 5 am the next morning, which worked well since Tom needed to be back at work by noon. 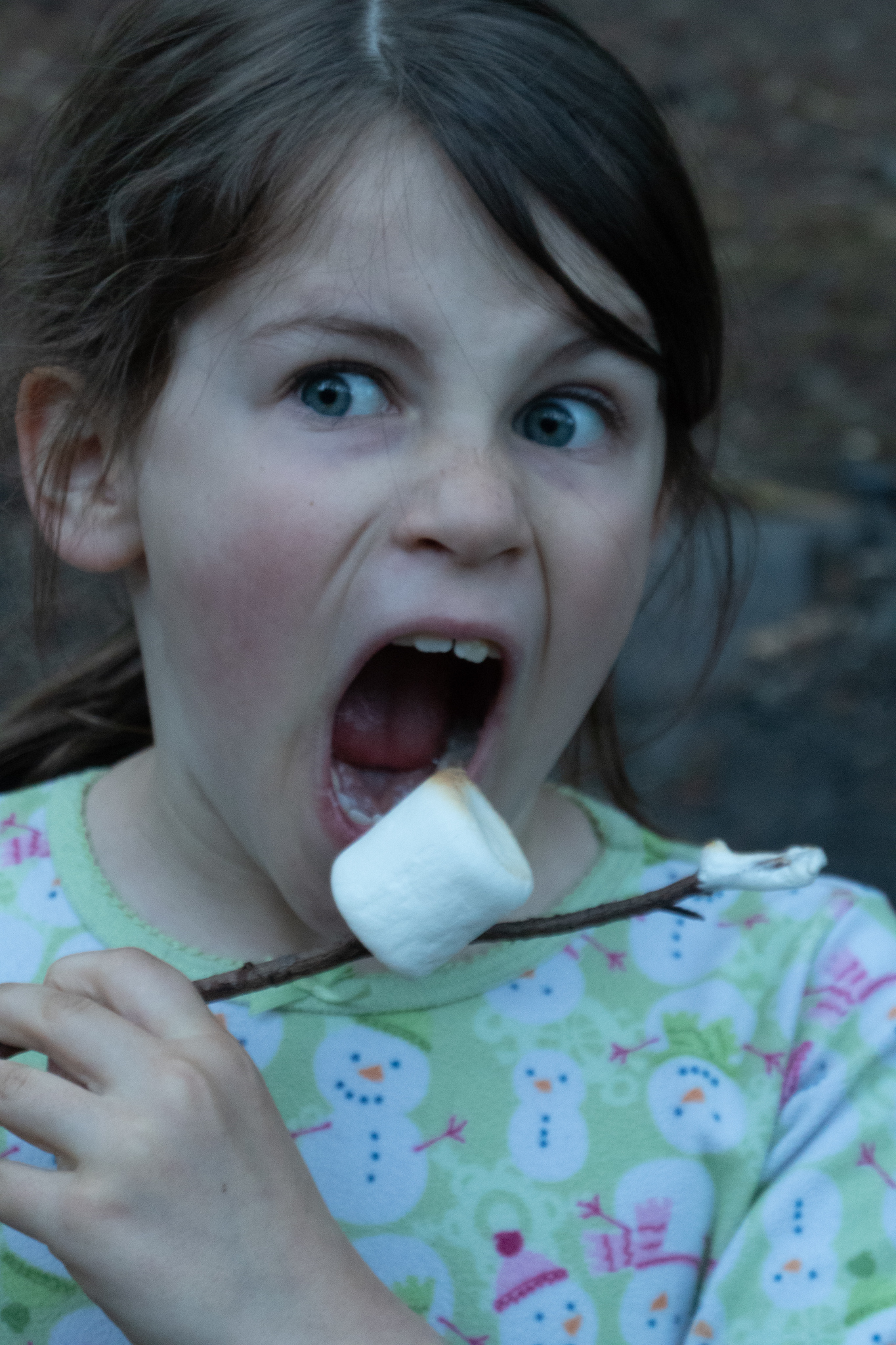 The ride out was fast and fun. Rowan took one spill after her bike started to speed wobble (she loves to go downhill fast!). We took some time to comfort her and then she did a great job of dusting herself off and getting back in the saddle. We all agreed it was a super fun trip and definitely the first of many family bikepacking adventures!

Tom was the hero of the trip, for sure. I had all the “proper” bikepacking bags, which meant my rig was relatively easy to handle. Meanwhile Tom did it in true style with a cobbled together kit, including a full pack on his back.

It’s a rule. Anytime you ride the Edmonds-Kingston ferry you must stop at J’aime Les Crepes.

Edited to add Rowan’s journal entry from day 2 (with permission, of course):