Some people think that everything happens for a reason. I’m not sure I believe there is that much order in the universe, but it does seem like breaking my ankle last September ultimately led me back to biking, and to my upcoming Alaska bikerafting adventure (more on that soon).

I broke my ankle during a two-day, 50-mile fastpack through the Glacier Peak wilderness in Washington state. You can read all the details here.

Looking down the Napeequa Valley. I took this photo just a few minutes before I fell.

A broken bone last fall meant that this winter was all about ankle rehab. I spent a lot of time on the sofa, resting, thinking, reading, writing, and working. I reminded myself that even though my brain hated being inactive, my body needed the rest. I did physical therapy diligently, ate lots of ice cream (it has calcium!) and slowly my ankle healed.

In the meantime, I stayed sane by following other folks who were getting after it. I started following Lael Wilcox on Instagram. I watched Luc Mehl’s video about the Nulato Hills. And I realized that my bike was going to be my savior. My PT and orthopedist confirmed that I’d be back on my bike much sooner than I’d be back on my feet, at least in any way that was meaningful to me. And it was true. Before I could walk two miles, I was riding twenty. My bike was freedom!

When it comes to endurance sports, cycling was my first true love. I bought my very first road bike back in 2006. It cost approximately $1000, and I remember being shocked at the price – I could buy a car for that much money! A crappy car, but still. My husband laughed and assured me that it was actually a relatively inexpensive bike, and totally worth it. He was right, of course. I still have that bike in my garage, and ride it frequently to this day. 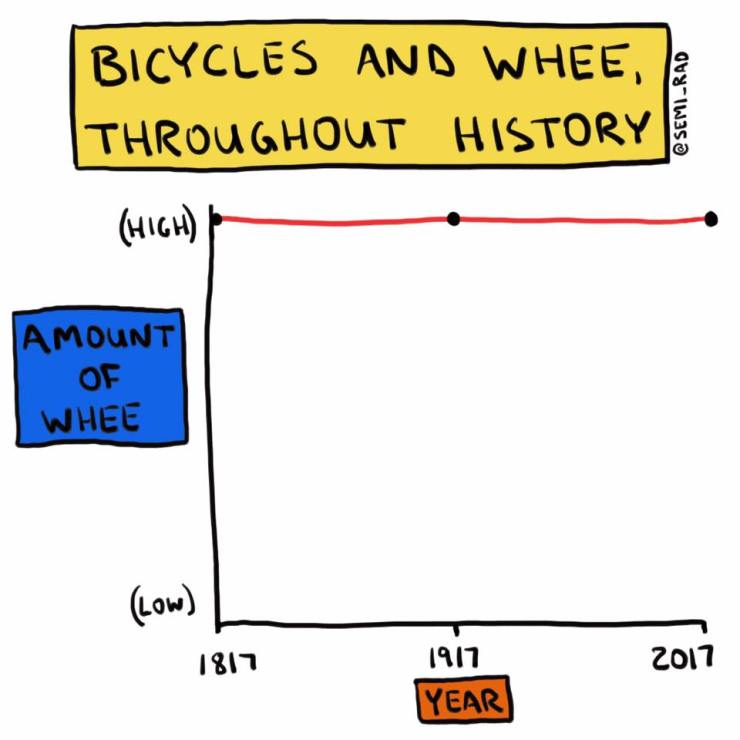 Why travel by bike? This graphic by semi-rad.com pretty much sums it up.

Last fall, sitting on the couch with a broken ankle watching bike videos, I realized that even though I had been doing more running than riding over the last few years, my bikes were still in the garage waiting for me, quiet and loyal, ready to take me on adventures whenever I was ready.  And as an endurance coach, I knew there was enough time to get myself physically and mentally ready for something big in summer 2018.

So with my ankle healed nicely, my fitness slowly but surely coming back, and my love for bikes rekindled, the groundwork for my AK adventure was established.  I wouldn’t say that falling down that slope last September happened for a reason, but it does seem to have been relatively good timing.

One Reply to “Good Timing”